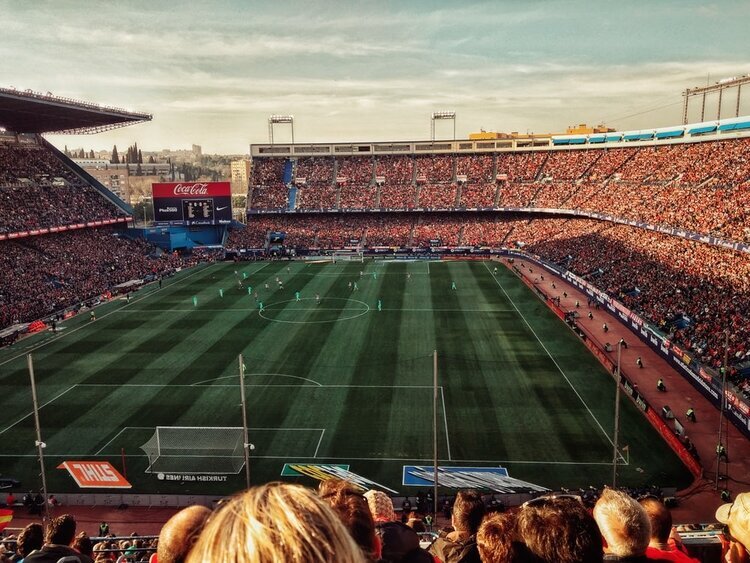 When Will We See The “Big One” In Branded Podcasts? It Could Be Right Now.

Have we seen the “big one” in branded podcasts yet?

By now you know the story; early in the third quarter of Superbowl XLVII, the power went out at the Superdome in New Orleans and didn’t come back on for almost 34 minutes. Play eventually resumed and the Baltimore Ravens won – but for marketers (and many consumers), the real winner had been crowned while the lights were still off.

It took the team behind the Oreo tweet just 12-minutes to write, approve, and post what will likely be the most famous branded social media message of all time. For an event where brands spend millions of dollars for just a single thirty-second spot, it was a tweet that took home the unofficial honour of “best ad”. And no one has advertised the same way since.

Power out? No problem. pic.twitter.com/dnQ7pOgC

In those early days of social, many fringe-level social media strategists were still begging Creative Directors and Brand Marketing Managers to launch and/or properly curate the brand’s social channel. For some, social was a no-brainer. For others, an afterthought, or even a nuisance. It may be difficult to imagine that type of creative conservatism just seven years ago, but the skepticism was real.

Today, we’d like to think that there is more channel-driven bravery in our industry. We’d like to think brands are open and willing to jump on a new medium, especially if the data and audience is already there.

Yet another attractive medium, podcasting, is still in relative adolescence when it comes to brand adoption.

And it just may be ripe for an Oreo-level event.

The “Big One” In Podcasting Happened in 2014

Oreo shook the Superbowl, but just 21 short months later a program would rock the audio sphere. Although unbranded, the show had a similar effect in that it was remarkable for its storytelling and the channel it was told on.

On October 3rd, 2014, the Serial podcast made its debut, intended as a spinoff to This American Life with a more investigative vibe. Produced by Sarah Koenig (a long-time producer on Life), Serial was an immediate success. By the end of February 2015, it had been downloaded 68 million times and was heralded as podcasting’s first breakout hit.

Koenig didn’t have a boardroom full of execs or the biggest annual sporting event at her disposal – in fact, the buildup to Serial was relatively mundane when compared to Oreo.

At the time podcasts had been a long and steady incline, with some numbers suggesting that 29% of people had listened to at least one podcast in 2012. But it was by no means a staple of the entertainment world. Podcasts were a fringe medium utilized by bloggers, music writers, and other niche storytellers (like Koenig). They were an expansion of radio; an answer to XM.

But Serial changed that. It single handedly dumped rocket fuel over the medium, and launched podcasting to the pop culture stratosphere. Koenig’s podcast alone has been credited to account for a 12% increase in podcast downloads in just a one-month period.

So – how did it happen? Was it blind luck for Koenig? Were podcasts a ticking time bomb of success, just waiting for the right show to carry them to the next level? Or do audiences simply adore true crime dramas?

Whatever the secret, many of us in the podcast world know one thing for certain:

It can (and will) happen again. And a brand can be the one to do it.

Enter the Age of Social Isolation

Social isolation is upon us now and for an undetermined future. And these next few months may set the perfect stage for the “Big One” of brand podcasting to emerge. Here’s why.

First, despite Serial’s age (six years is a long time in content), there’s no doubt that the podcast world is still capable of putting out major hits – as proven by the recent episode of Reply All, The Missing Hit, which has been touted as the best podcast episode ever.

Second, at a time where continuing with regularly scheduled campaigns may appear insensitive or tone-deaf, many brands have chosen to either physically contribute to the battle against COVID-19 or default to a social media message that expresses some version of “stay home, stay safe”.

And this is where podcasts may find the right fit; helping a brand find its non-promotional voice.

With a podcast, a brand is enabled to tell a compelling story that can live within its content ecosystem but that does not pump their product or sell anything directly. A podcast can provide true value to consumers in the form of great content – and in this age of social isolation and ongoing tragedy, they may be the only way for brands to carry on.

Are we listening to more podcasts right now? Actually, no we are not.

Recent data has shown that people are listening to fewer podcasts in the last month, as a likely result of less commute time. We could also attribute this dip to movie streaming sites releasing many titles early and capitalizing on the safe-at-home mandate (and lack of theatre visits). But lower podcast numbers should not come as deterrent to brands; in fact, they likely hint to a major opportunity.

With a major change in lifestyle comes a shift in audience behavior. For now, the commuters may have ditched their daily podcasts in favor of Netflix – but others may look to new mediums to pass the sudden boredom, especially as new content emerges. There’s already evidence that many new creators are now turning to podcasts.

So will a brand step up in this particular moment?

The Elements Of The “Big One”

To understand how the Big One (let’s call it the B1) is made, we can dissect the other big ones and understand which parts to emulate. Here are the prerequisite elements needed for a potential branded B1:

When Serial launched, we already had the iPhone 6 and the podcast infrastructure was there for a new audience to adopt. That audience just needed a reason to join.

The folks at Nabisco and their agency (360i in New York) had been prepping for this moment for years and were regularly taking big swings in other similar instances.

Sarah Koenig had produced successful podcast episodes for years; so she was already at the forefront of investigative journalism and great podcasting. Her hit was inevitable as she was consistently putting herself in a position to succeed.

For podcasting brands, the lesson is the same: put your people in a position to succeed, and eventually, they will.

For all this talk about making the B1, we have to admit we’re not quite sure what form it will actually take. Will it be another investigative story? Will it nail a cultural moment in such a notable way that it changes how other brands podcast?

We can’t see into the future, but we can definitely speculate. Here are some of our thoughts (and suggestions) on what the B1 podcast may look like:

Game of Thrones-style epic: A podcast adapted from a book series (but more than an audiobook), so compelling that it becomes a worldwide cultural phenomenon.

Loyalty Program Mystery: A loyalty program from a brand that requires users to tune in every week to continue receiving the benefits (or points).

True Brand Story: Some brands are very old with very interesting pasts. Although many may hesitate to discuss the accurate (and possibly embarrassing) history of their companies, it would make for a refreshing approach to the standard brand story.

Choose the next episode: In the mid-2000s, Dan Harmon created a recurring weekly web series where he and his team would create a variety of sketches and the online audience would vote on which would be greenlit for a second episode. We could see this working for a podcast to get the audience far more engaged in the content.

Never heard of acceptable.tv? Most haven’t. But Harmon went on to create shows like Community and Rick & Morty. So he was definitely on to something.

Set Forth And Podcast

The big brand hit is out there, we just haven’t heard it yet. And while we all patiently wait indoors with our families for the world to heal, this opportune moment may only last so long. Will you make the most of it?

Roger Nairn is Co-Founder and CEO of JAR Audio 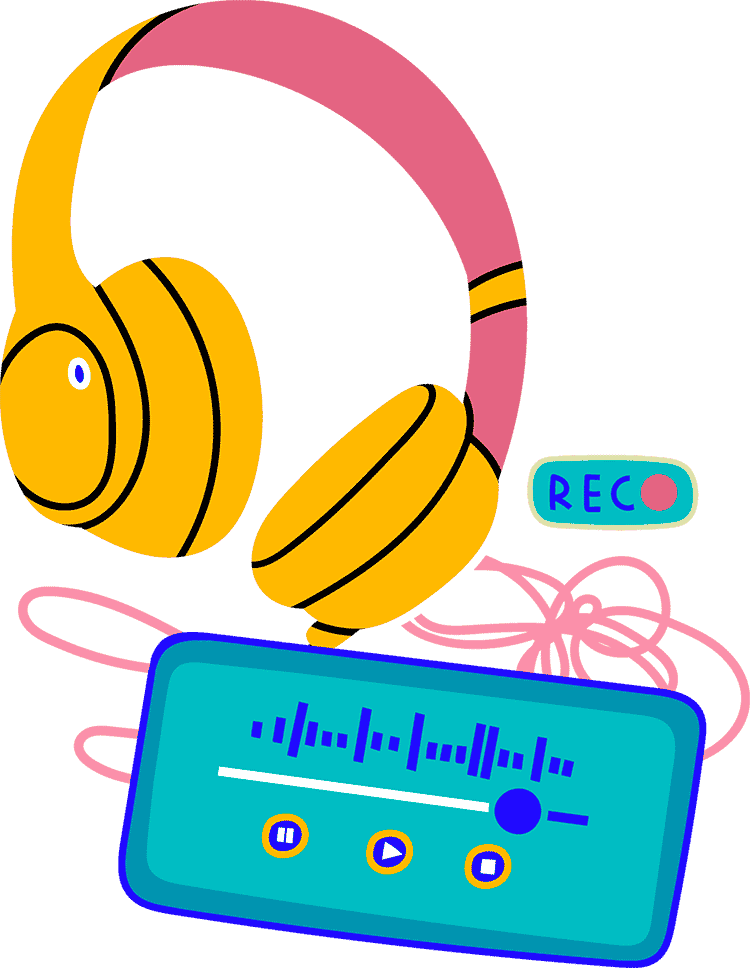